The Party Choice Set and Satisfaction with Democracy 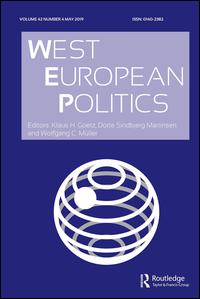 A well-functioning democracy requires citizens’ support for its political institutions and procedures. While scholars have previously studied the role of contextual factors for explaining satisfaction with democracy, a rigorous focus on how the party choice set affects how satisfied citizens are with democracy is largely absent from the literature. This neglect of the impact of parties is surprising, given their central position within modern, representative democracies. In this article, a comprehensive and comparative analysis of the impact of party systems on citizens’ satisfaction with democracy is presented. Use is made of the combined data of the first four modules of the Comparative Study of Electoral Systems project and various measures of the party system are used to capture different aspects of the party choice set: the number of parties, their polarisation, and the congruence between public opinion and the party offer. In contrast to expectations, only scant evidence is found that having a wider choice increases citizens’ satisfaction with democracy.