The article ‘About time: age, period, and cohort effects on support for Quebec sovereignty‘, co-authored by Florence Vallée-Dubois, Ruth Dassonneville and Jean-François Godbout is now available online. The article is forthcoming in Nations and Nationalism.   Abstract Can age, period and cohort effects help explain support for Quebec sovereignty? Previous work on this question has […] Read more

4th Leuven-Montréal Winter School on Elections   In collaboration with the Interuniversity Consortium for Political and Social Research (ICPSR)   Supported by the ECPR Standing Group on Public Opinion and Voting Behaviour in a Comparative Perspective & The Centre for the Study of Democratic Citizenship 3 March – 10 March 2017, Montréal (Canada)   Elections […] Read more

Appearance on Planète Terre to talk about the German elections

The full episode can be found here. Read more 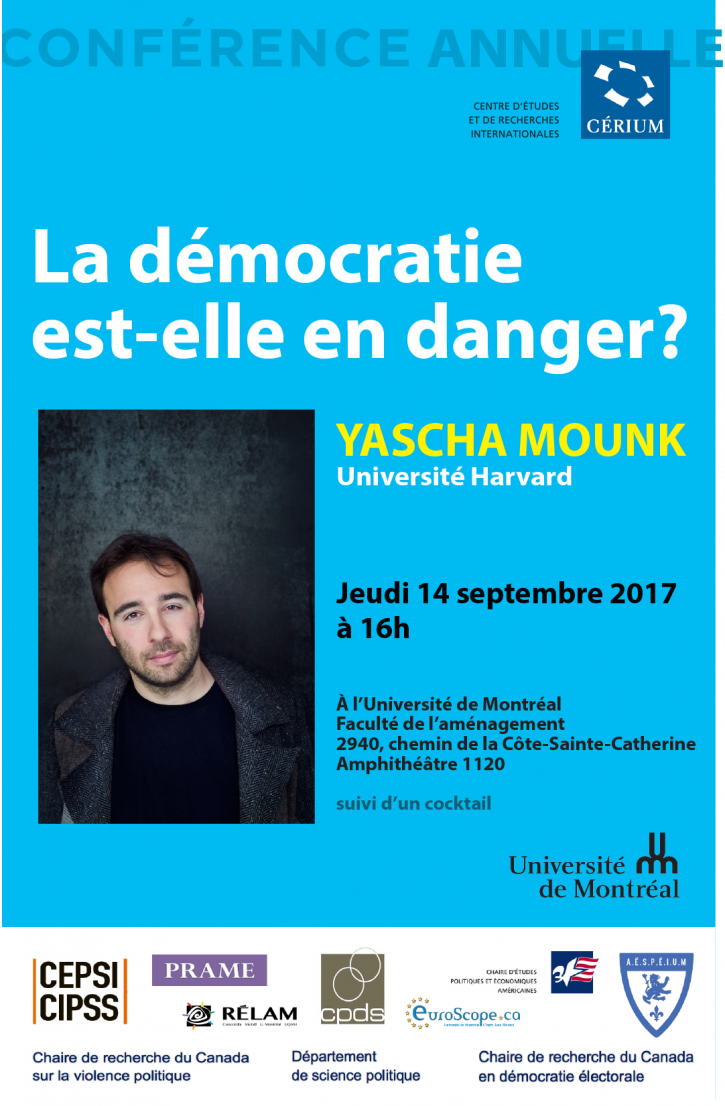 First conference in a series of talks on populism, by Yascha Mounk (Harvard). For more information, click here. Read more

New research project: Elections as a Linkage Mechanism between Public Opinion and Policy Outcomes, a longitudinal and comparative analysis

The Social Sciences and Humanities Research Council (SSHRC) has announced the results of the February 2017 competition of its Insight Development Grants program. One of the funded research projects is a project on ‘Elections as a Linkage Mechanism between Public Opinion and Policy Outcomes’, that will be supervised by Ruth Dassonneville.   Summary of the […] Read more

What Montréal bakery has the best bagels? Fairmount or St. Viateur? We investigated this question by means of a within-subjects design. From left to right: Dieter Stiers, Fernando Feitosa, Ruth Dassonneville and Remko Voogd. Read more

Conference organised by the CERIUM, in collaboration with ‘Le Centre Jean-Monnet-Montréal’ and the Canada Research Chair in Electoral Democracy. More information and registration can be found here. Read more

Dieter Stiers distinguishes himself during the CSDC Graduate Student Conference

Dieter Stiers took part in the 2017 edition of the CSDC Graduate Student Conference in Quebec. He presented his work on retrospective voting and received a special mention for the originality of his work and his rich review of the literature. Congratulations!   The award-winning students and students who received a special mention at the […] Read more