This workshop took place at 2 and 3 december 2016. About 20 top scholars from all over the world participated to the workshop, presented their ongoing research and discussed about the consequences of dealignment for representative democracy.   Michael S. Lewis-Beck (University of Iowa), Ruth Dassonneville (Université de Montréal) and Marc Hooghe (University of Leuven) […] Read more

The Research Foundation Flanders (FWO) has announced the results of the 2016 application round (Research Projects and Research Grants). One of the funded research proposals is a project on accountability in Belgian elections, which will be co-supervised by Marc Hooghe and Ruth Dassonneville. The project will start in January 2017.   Summary of the research […] Read more

The article ‘Voter turnout decline and stratification: Quasi-experimental and comparative evidence of a growing educational gap‘, co-authored by Ruth Dassonneville and Marc Hooghe is now available online. The article is forthcoming in Politics. Abstract Turnout rates are in decline in advanced democracies, but the consequences of this trend for inequalities in participation have not yet […] Read more

Witness for the Special Committee on Electoral Reform

On October 3, 2016, Ruth Dassonneville appeared as a witness for the Special Committee on Electoral Reform. She argued for the introduction of compulsory voting as an effective means to improve the quality of electoral democracy. The full testimony can be found here, and an audio is available here.     Read more 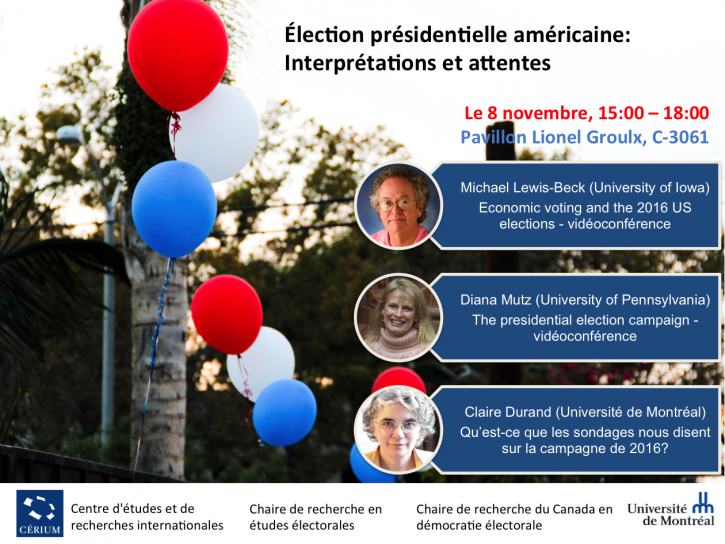 In many advanced democracies, voters appear to be ‘adrift’ (Andeweg, 1982). Indeed, linkages between citizens and parties are weakening. As a result, voter turnout rates are decreasing, election results are increasingly unstable and party systems are hugely volatile. Political parties, however, are traditionally considered to be at the very heart of democracy. As a result, […] Read more

CALL FOR APPLICATIONS 3rd Leuven-Montréal Winter School on Elections   In collaboration with the Interuniversity Consortium for Political and Social Research (ICPSR)   Supported by the ECPR Standing Group on Public Opinion and Voting Behaviour in a Comparative Perspective & The Centre for the Study of Democratic Citizenship   25 February – 5 March 2017, […] Read more